The global health community urged the U.S. government to resume funding WHO, with more than 1,000 organizations and individuals signing an April 24 open letter to President Trump, who announced the 60-day suspension 10 days earlier. Signees—including the American Academy of Pediatrics, Oxfam, the American Public Health Association, and healthcare company Kaiser Permanente—sought a reversal of course from WHO’s largest funder.

The United States provided over $890 million in combined contributions for WHO’s current two-year budget cycle, including substantial funds for key programs such as polio eradication and essential health and nutrition.

The Washington Post reported this week that the Trump administration has taken steps beyond its funding freeze, “working behind the scenes” to sideline WHO and further shift blame for the Covid-19 pandemic. ABC News reported today that the White House has ordered intelligence agencies to investigate whether China and “possibly” WHO concealed information about the disease. U.S. opposition to WHO also prevented health ministers at a virtual G-20 meeting from issuing a joint statement on the pandemic earlier this month.

An overview of WHO’s top contributors for the 2018–2019 biennium is available here. 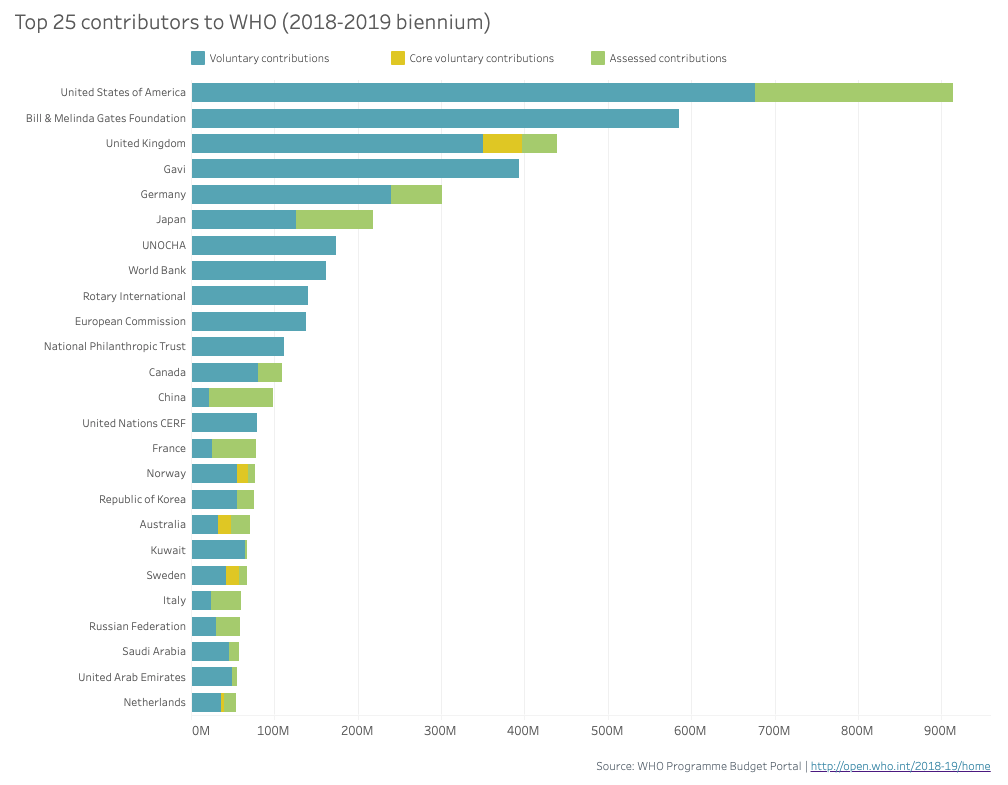